This is not what I wanted.

I’m in despair and disbelief, stunned, shocked, speechless.  How could this have happened?  How could so many people have voted for such a terrible person?  How could the polls have been so wrong, again?

I want to have a temper tantrum.  I want to curl up in a ball and cry, and scream, and pound my fists.  I don’t want to accept this.  I don’t want to try to understand all those people who voted the other way. I want to knock some sense into them. I wanted to win, and I wanted to win big, not just by the thinnest margin possible. I wanted a huge Blue Wave, to take control of the Senate, and a bigger majority in the House, and a huge mandate for the President.  I wanted our country to repudiate all the awful things that have happened in the past four years and move forward to undo them. I wanted a strong unquestionable victory, not one that will take time, effort, and money to defend against baseless claims of fraud, not one that may end up decided by a Supreme Court recently packed by the horrible person that I wanted to push into oblivion. I wanted what David Brooks had suggested in a vision of our post-election future some months ago, that DT would be ‘universally reviled’ and the GOP would come back to their senses.  I wanted to return to civilized debate between liberal and conservative policies, not ridiculous arguments about ‘alternative facts’, not the daily stream of outlandish falsehoods, outrageous bullying, casual dismissals of science, systematic elimination of expertise, and constant divisive hate speech.

I know this is not the way to move forward.  I know this means we have to work harder, find new ways to connect with ‘the other side’ without abandoning our values, to listen in order to understand, rather than for ammunition to attack, to model the high road, even when it is being ridiculed, and to choose love, compassion, and collaboration instead of retaliation.

Martin Luther King, Jr., reminded us that “the arc of the moral universe is long, but it bends toward justice.”

And Gandhi said “When I despair, I remember that all through history the way of truth and love have always won. There have been tyrants and murderers, and for a time, they can seem invincible, but in the end, they always fall. Think of it–always.”

I’m trying to find comfort and strength from their wisdom.  But really, right now, I’m mad that it’s taking so long for the good to win.

For now, I’m giving myself permission to imagine that tantrum.   So tomorrow, I can get back to work, hopefully celebrating a new President, and whatever progress he can make without the Senate backing him. 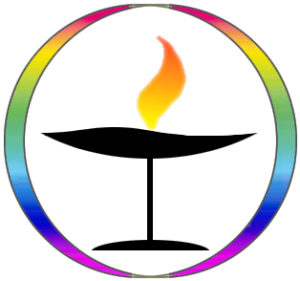